Business After Hours - Rock Solid: Our Journey of Resilience 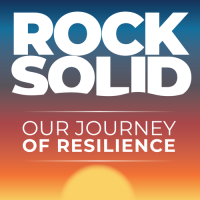 Rock Solid: Our Journey of Resilience

Weathering the Storms - 1919 and 2017: Historic Places of Refuge will open Thursday, August 25, at 7 PM, on the five-year anniversary of landfall for Hurricane Harvey. Historic documents relate the stories of the 1919 storm that ended the resort era for Rockport. Many of the places featured have Historical Markers that relate the full story of the people who lived through the storm. A dramatic portrayal of 1919 events based on diary entries will play on the flat screen. Interviews with current owners and photographs show how their historic venues fared during Hurricane Harvey. Places that are profiled include the Baylor-Norvell home, the Fulton-Bruhl home, home of Richard Wood, Sorenson-Stair mercantile, Baldwin-Brundrett home, Harper house, L.M. Bracht house, and the Bruhl-Paul-Johnson house. This exhibit is made possible in part by a grant from the Humanities Texas, the state affiliate of the National Endowment for the Humanities. The Education Committee who worked on this exhibit include Dave Kroskie, Maureen Winkelman, Pam Stranahan, and Amy Parker.