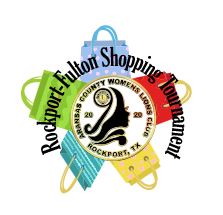 The Rockport-Fulton Shopping Tournament is back! Get a team of 4 players and join the shopping game with prizes, food, and fun. Get ready to Shop-til-you-drop!!!!!


A little retail therapy will go a long way!

(Rockport-Fulton, TX) It’s time to put together a “shopper” team and support the Aransas County Women’s Lions Club who support great causes and have stepped up to take on coordination of the fabulous Rockport-Fulton Shopping Tournament! The event will be held on Saturday, Oct. 2 beginning at 8:30 a.m. at the newly renovated Rockport Little Theatre! Teams will compete as they shop at official participating stores for prizes and awards.

Breakfast and photos begin the day at the newly remodeled Rockport Little Theatre with all teams arriving in “ready to shop” attire, whatever that may be. They will receive one scorecard per team. Each shopper will receive an envelope for receipts to keep track of purchases during the day. Shopping then occurs from 10 a.m. to 5 p.m at 20 participating merchants. Teams will turn in their scorecard at 5 p.m. at the end of the day awards ceremony. The awards ceremony will include food, drinks and prizes. Merchants will be offering discounts, prizes, food and zany fun.

There are tournament prizes for top “spending” individuals and teams (though no AMOUNTS will be disclosed), teams with the best team spirit, best costume, and other funny antics will be announced by the ever popular KRIS 6 News Team Anchor Paulo Salazar. Team Spirit Awards will be chosen by the Stores! Then Shoppers choose the TOP THREE stores (Shoppers Choice Award) they like most! Stores are also offering door prizes and refreshments. All winners will be announced and prizes awarded at the Awards Ceremony at the newly remodeled Rockport Little Theatre in Downtown Rockport.

Shoppers must shop in both Rockport and Fulton stores. Shoppers are NOT allowed to use previously purchased gift certificates to make purchases that count for the shopping tournament. All participating stores will use the same point system – 1 pt. per $1 spent. Shoppers will earn 100 points for each store in which items are purchased, so more stores = more points. You may certainly shop at Non-Tournament stores, but those purchases WILL NOT be included in your scores. Teams that make purchases in ALL stores will earn 100 extra points. Stores have indicated that they will happily “store” your oversized purchases upon request and deliver them to the closing ceremonies.

Shoppers benefit with some great deals, early shopping for the holidays, and fun for everyone, and all stores will be offering discounts for your purchases. Merchants benefit with some of the best sales of the year. The Aransas County Women’s Lions Club will use the funds raised for community service projects in Rockport, Fulton, and Aransas County. They support childhood cancer, diabetes, hunger, vision and the environment.

For more information on the tournament, contact Leslie Klein at 361-230-1904 or send an email to ljklein30@gmail.com.